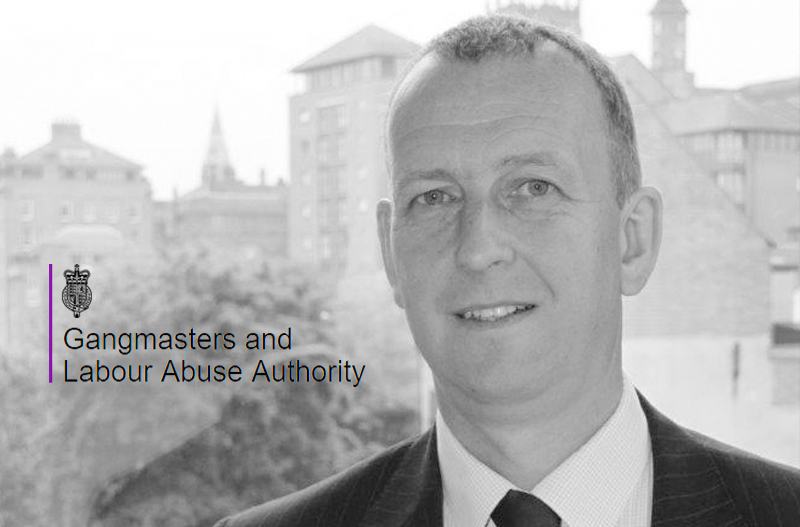 Kier pledges to break the chain on modern slavery

At Kier, we don’t just get things done – we pride ourselves on doing them the right way. Therefore we have signed up to the Gangmasters and Labour Abuse Authority (GLAA) Construction Protocol, an agreement between construction companies and the UK Government that has a goal to end labour abuse across the UK.

“We are delighted that Kier has signed up to our Construction Protocol and pledged to fight modern slavery and labour abuse. When organisations agree to the protocol, they commit to work in partnership with us to protect vulnerable and exploited workers. They also agree to share information to stop exploitation and pledge to raise awareness of slavery through supply chains. Together, we can put an end to modern slavery and labour exploitation for good.” 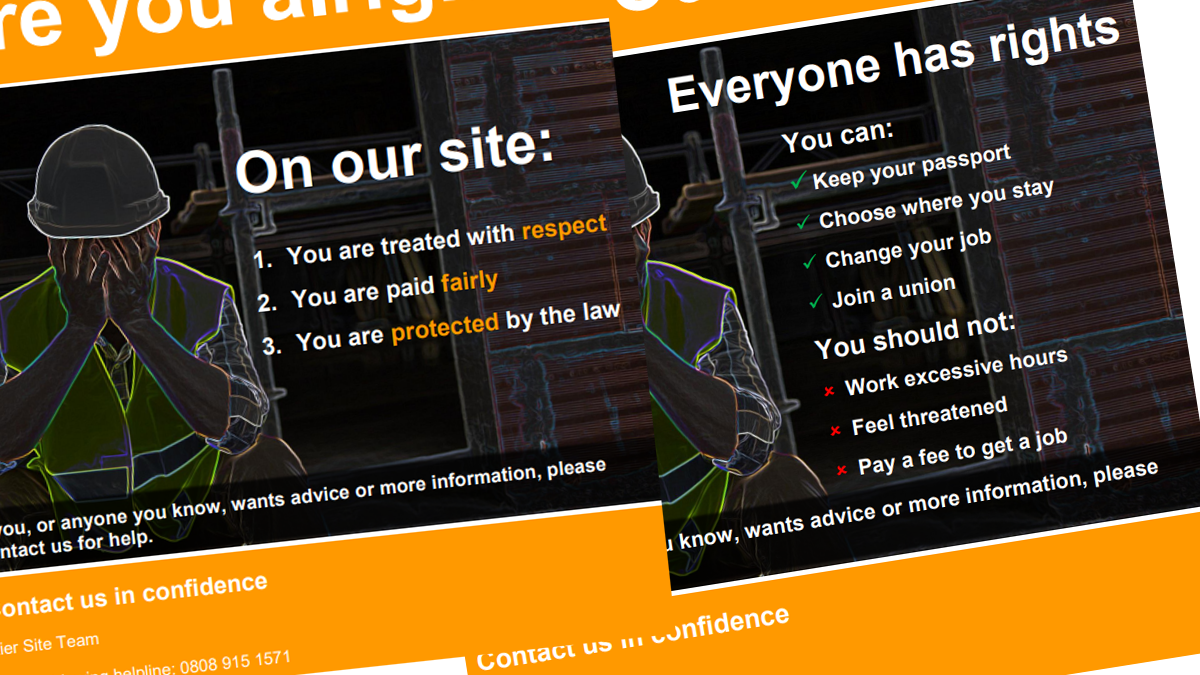 Kier have collaborated with other leading construction firms, via the GLAA, to produce tools to help prevent modern slavery and exploitation on sites. These tools include a presentation for new starters, posters, and a toolbox talk to help raise awareness of workers' rights. All of these are available to download below. 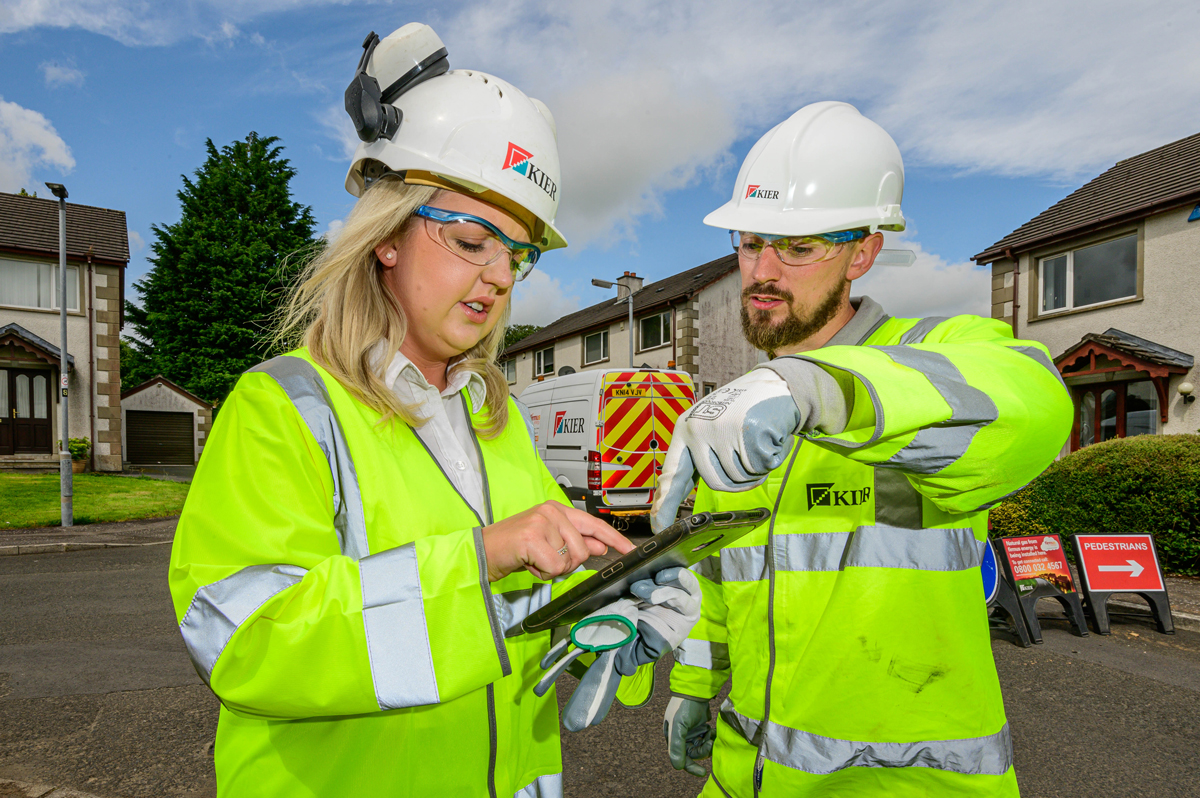 What can I do?

Watch: a film showing a real-life example of modern slavery

Read: free training from SCSS on modern slavery and responding to the Modern Slavery Act 2015. 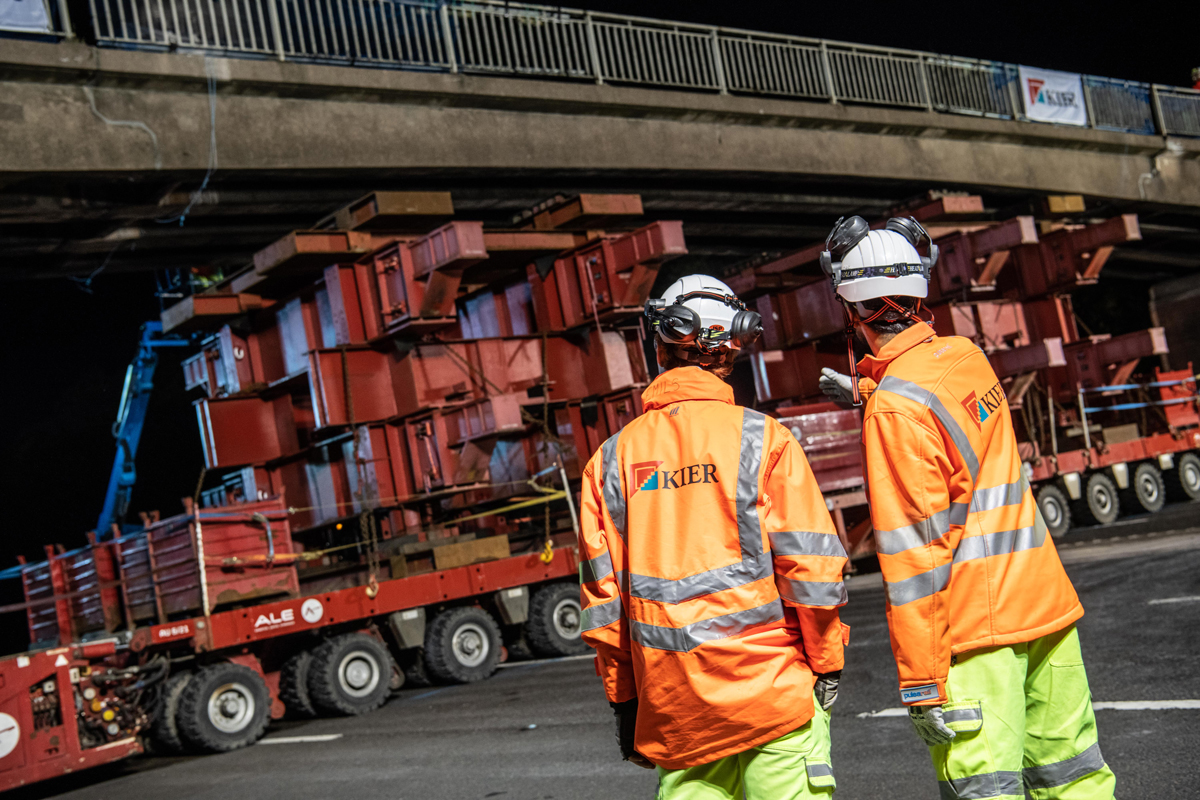 What can we do on site?

Distribute: three posters on key modern slavery topics. Site rules, everyone has rights and financial control (editable for you to adapt and personalise). Unbranded versions of these tools are also available here

Read: Guidance on carrying out right to work checks

Kier operates in some sectors that are vulnerable to modern slavery; one of them is the construction sector. Please watch the video below for a reconstruction of a true story unconnected with Kier.

Want to learn more about safeguarding against modern slavery?

Supply Chain > How to Work With us >