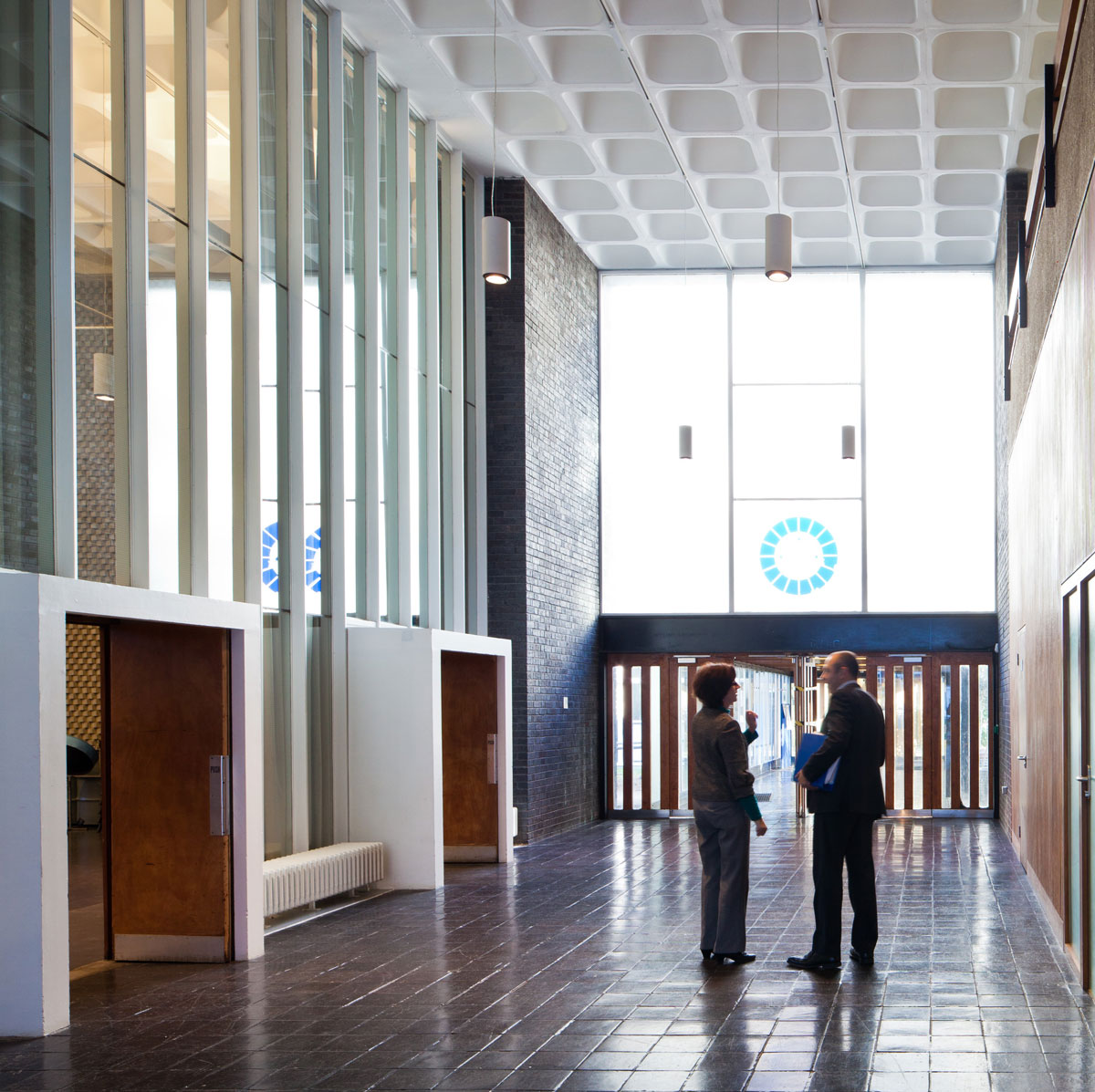 The celebrated modernist architect Ernő Goldfinger designed Haggerston School in Hackney. The school is Grade II listed but had become dilapidated and was often too cold in winter or too hot in summer. There were also concerns about the structural elements and crumbling concrete façade.

After a detailed appraisal, our structural engineers concluded that modernising and refurbishing the school was a viable and cost-effective solution. The first phase, the construction of a new two-storey Technology Annexe, enabled other departments to occupy the refurbished former Technology Department during the build. Most of the work took place in the main block, which we completely refurbished in phased vertical stacks. We adopted this approach to suit the configuration of the structural frame and minimise disruption.

We installed two lift shafts and created a new double-height entrance lobby, which required the removal of several sections of the existing floor slabs. We also restored many original details, such as the recessed wall pockets for opened doors.

To address the environmental problems, we introduced natural ventilation. Our building services engineers created thermal models to make sure this approach would work without the building overheating during the summer. We then removed suspended ceilings to uncover the original concrete beams. The newly exposed thermal mass now helps to regulate temperature fluctuations.

Our team made a considerable achievement in modernising the school, introducing effective and economical improvements while preserving and restoring the original buildings and providing a new building, all for a relatively modest budget.

Contemporary response to a conservation area.

Specialist centre to care for people with dementia.