Making Ground is our prison engagement and employment programme, designed to support serving prisoners and prison leavers into sustainable employment in the construction industry.

To support their rehabilitation our Making Ground participants have not been identified. 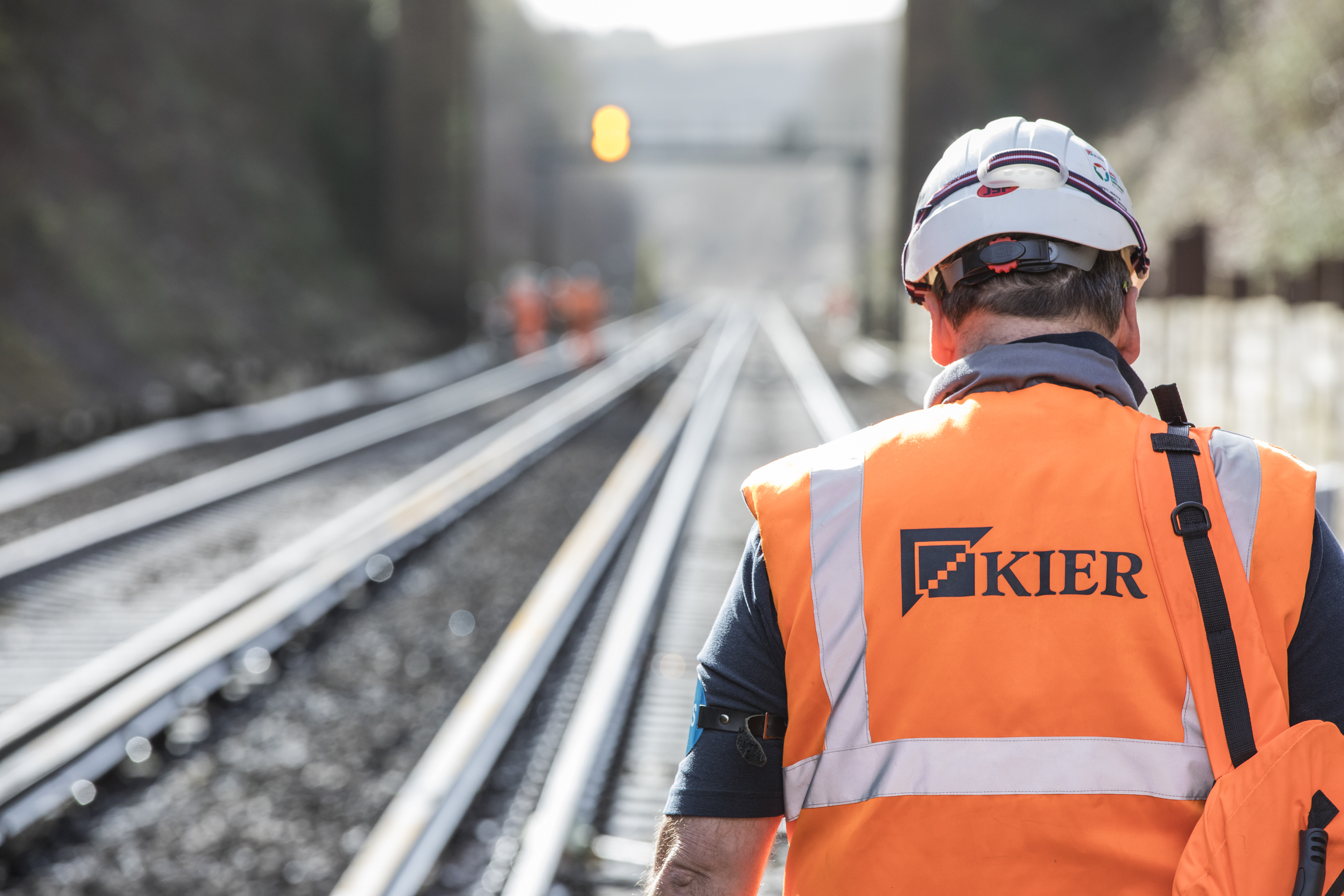 The Making Ground programme offers serving prisoners and prison leavers different routes into Kier and the wider industry. We want to find and develop people who are passionate about a career in construction, and working with prisons is a great way for us to find people that are looking for an opportunity.

The programme includes careers in custody conferences and release on temporary licence (ROTL) placements, alongside temporary and permanent employment. People who come to Kier through Making Ground may find themselves on one of our apprenticeships, which support those who are new to the industry and building their skills.

See how our Making Ground initiative is leaving lasting legacies 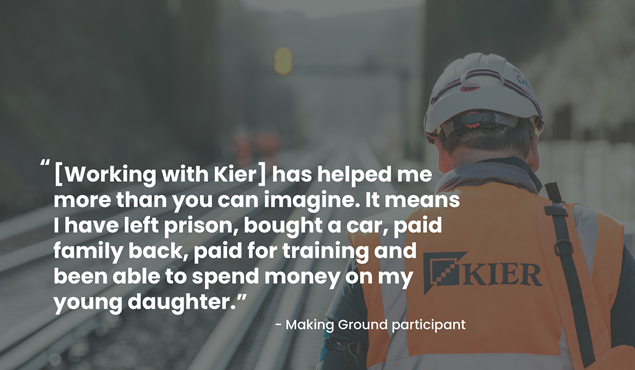 "[Working with Kier] has helped me more than you can imagine.  It means I have left prison, bought a car, paid family back, paid for training and been able to spend money on my young daughter." 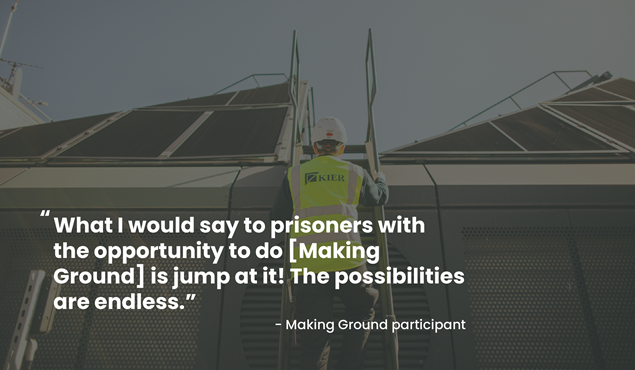 "What I would say to prisoners with the opportunity to do [Making Ground] is jump at it!  The possibilities are endless." 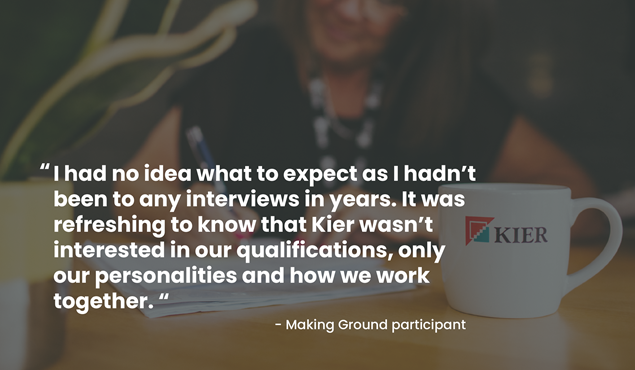 "I had no idea what to expect as I hadn't been to any interviews in years.  It was refreshing to know that Kier wasn't interested in our qualifications, only our personalities and how we work together." 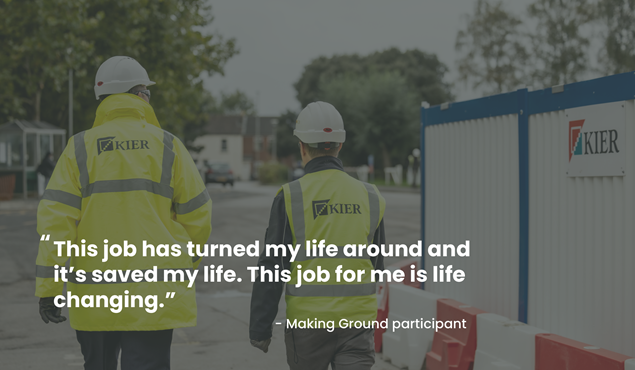 "This job has turned my life around and it's saved my life.  This job for me is life changing." 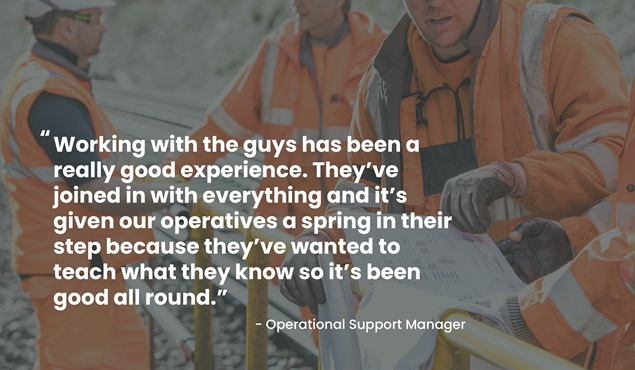 "Working with the guys has been a really good experience.  They've joined in with everything and it's given our operatives a spring in their step because they've wanted to teach what they know so it's been good all round." 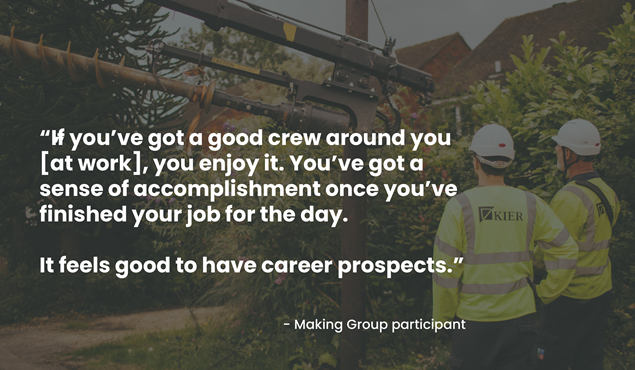 "If you've got a good crew around you [at work] , you enjoy it.  You've got a sense of accomplishment once you've finished your job for the day.

It feels good to have career prospects." 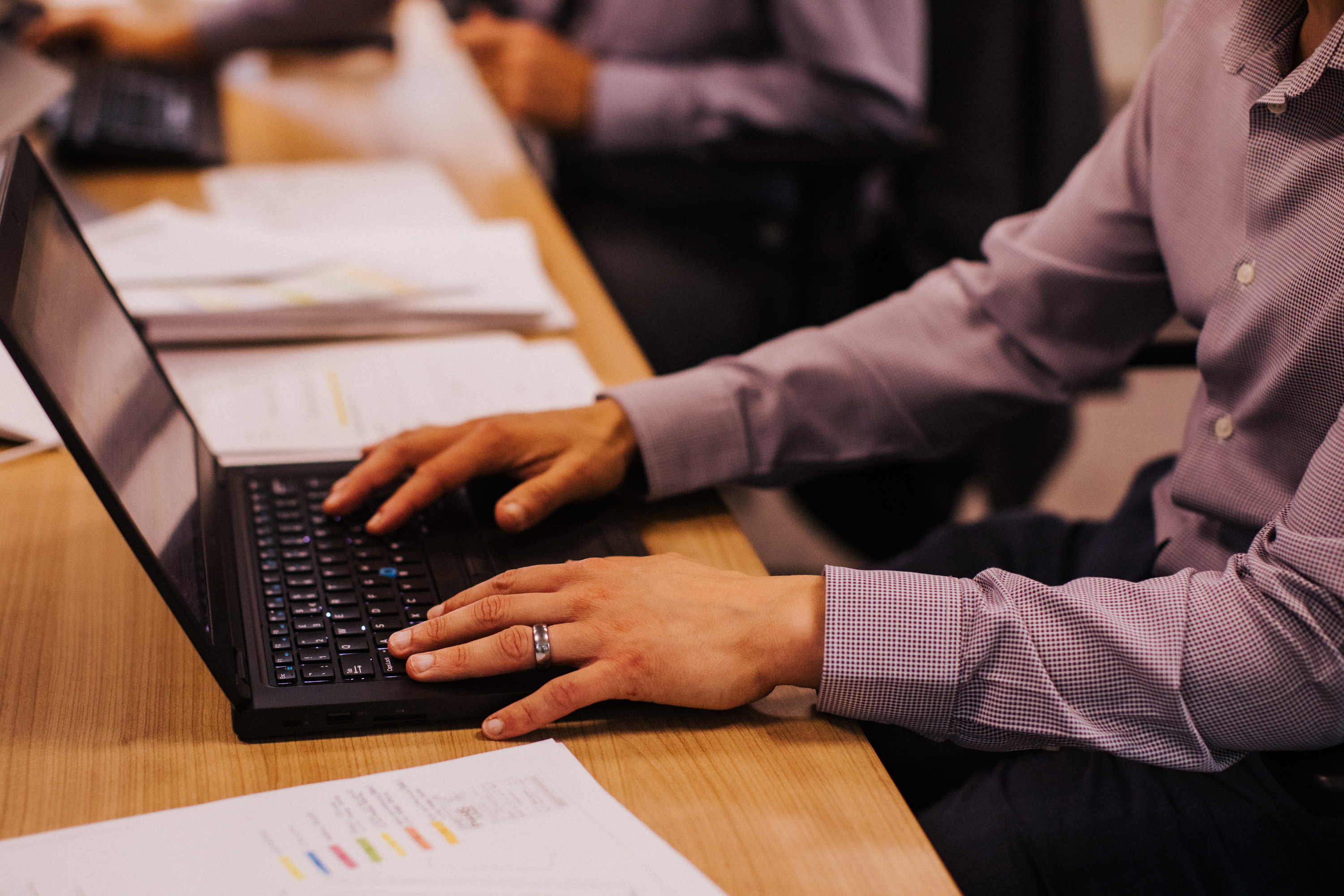 "I first met the Kier team when they hosted a careers in custody conference at the prison where I was serving my sentence.

I spoke to them about my skills and experience, and although there wasn’t a suitable role for me then, the team looked at other routes. Six weeks later, they contacted me about a role in corporate functions. I had a telephone interview and was offered a six-month fixed-term contract.

Kier has supported me while I’m on the ROTL (Release on temporary licence) programme and I’ve been able to speak to them about any issues I have. The team put a lot of effort into finding a suitable space for me to work in and was understanding of the fact that I had to test routes and make sure I was able to reach the office on public transport, providing me with a few base locations to pick from. Kier even offered to fund my travel for me when my pay was delayed by the prison.

It’s been a really positive experience so far. There are loads of benefits to working in the community while being in custody, and I’ve really appreciated being able to have a head start at rebuilding my life and being at more of an advantage by being able to save to buy a car when I’m released as opposed to struggling with transport while trying to find employment.

I’m hoping to secure permanent employment with Kier. Even if I’m not successful in securing employment with Kier, being able to have an interview and work while in custody has given me a lot more confidence in myself and reminded me of the person I was before I entered custody.

A big part of my success in this role is down to the people I work with; how supportive they are and knowing that they don’t judge me. This experience is helping me prepare for life after prison."