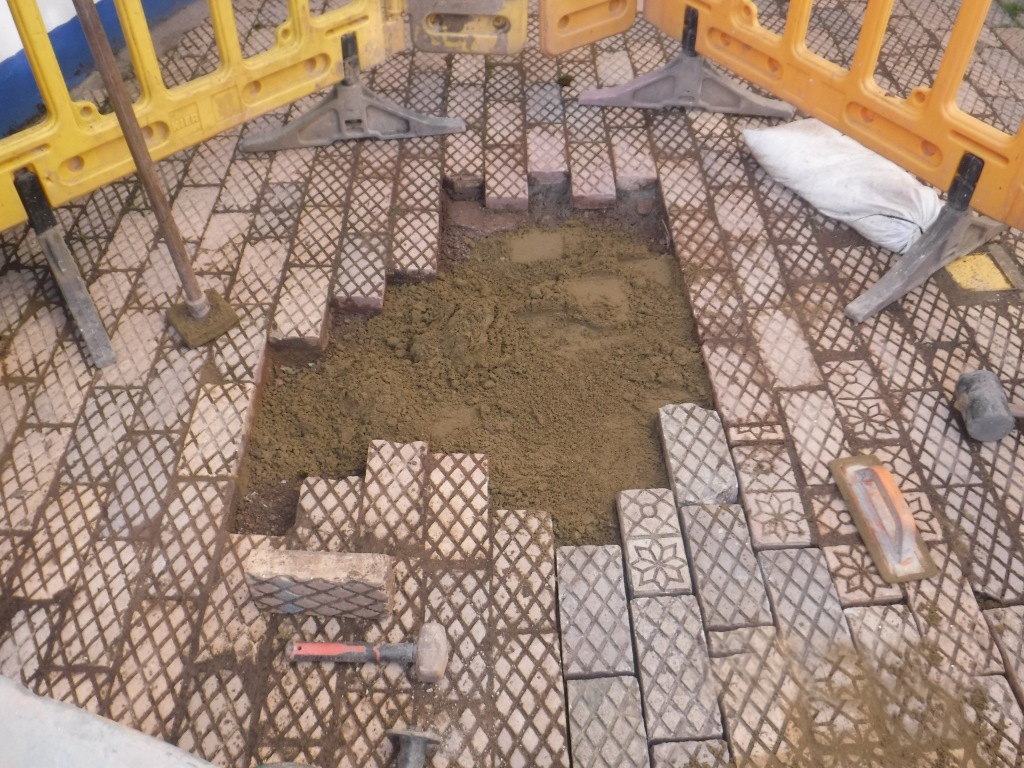 Thought to date back to the Middle Ages, Browns Hill has amongst its houses several late 18th or early 19th century examples, some of which are believed to have been built for sea captains.

The location of this scheme is featured on the cover of the Dartmouth Conservation Area Appraisal Document, showing that the historic sensitivity of the footpath is recognised by the local council.

The steps are, unusually, formed by mainly granite risers, with ceramic tile treads.

The works were to replace existing small diameter galvanised and cast-iron water mains with new polyethylene mains, and renew service pipes, as the existing mains were heavily furred and most of the customers all required filters, which have needed to be regularly cleaned for several years.

During planning, it was identified that several structures adjoining the footpaths, including buildings and retaining walls, were unstable. 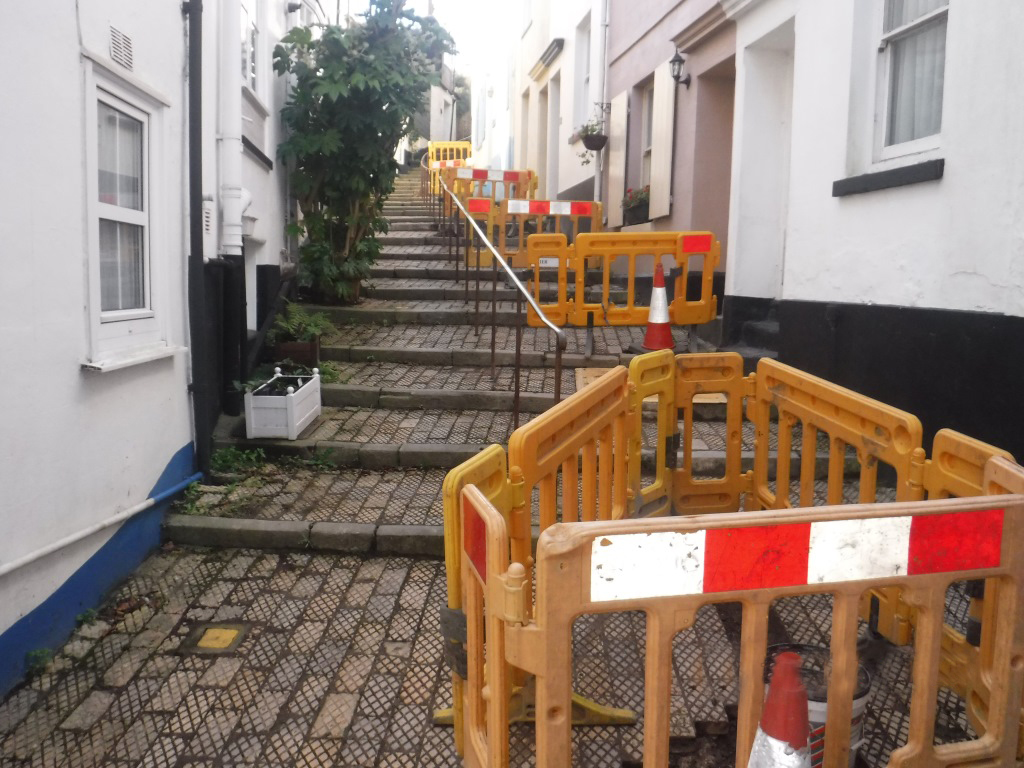 It was agreed that all works would be carried out by hand, with no mechanical equipment that could cause vibration, and that the problematic structures would be monitored for movement by a structural engineer.

As well as the issues with the structures, and although the footpaths were officially closed for the duration of the works, access to most of the houses had to be maintained as their only entrances were onto the footpaths. 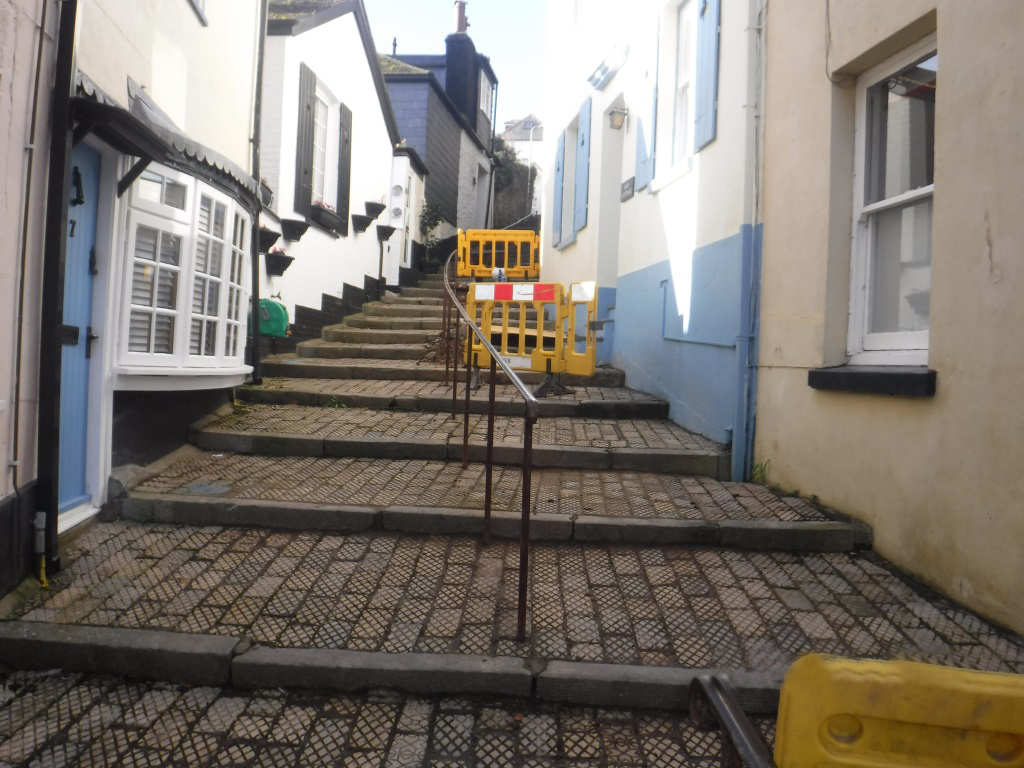 The works were undertaken during December 2017 and January 2018. Disruption was kept to a minimum by using underpressure connections, and the crew on site worked closely with the residents, keeping them informed at all stages of the works.

Access was maintained to everyone’s satisfaction, and no additional movement was detected in any of the structures.

Local residents commented how pleased they were with the works as they were undertaken and the finished product.

" One of my neighbours is an engineer and has worked all over the world and he is very impressed by the work carried out by Kier. They were excellent in every way. "