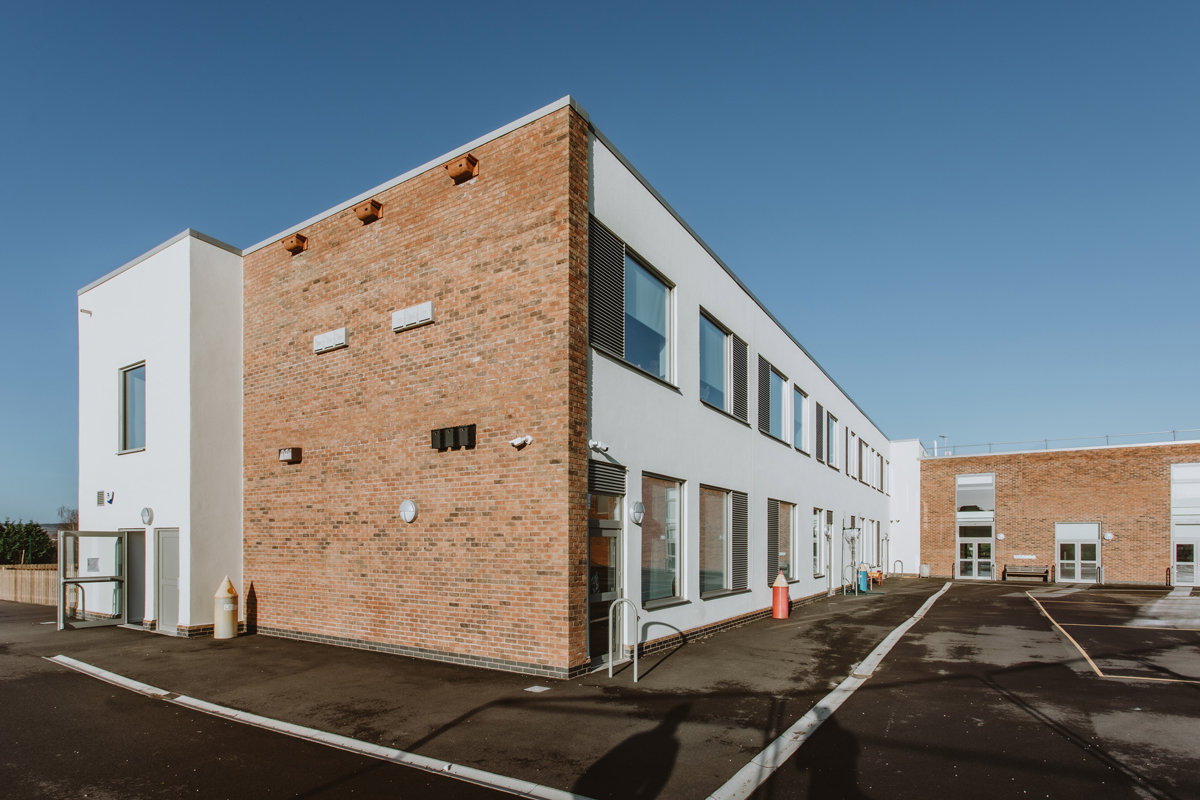 The new primary school was needed to upgrade the facilities for the pupils and make the school site more compact and sustainable.

The facilities that were lacking in the previous building included a large enough hall to host the school for assemblies as well as being utilised for a performance space; adequate playing fields and courts; modern technology and teaching equipment.

The new school was delivered to a tight deadline in time for the new school year, providing an upgrade in the school facilities and creating a more compact and sustainable school site. 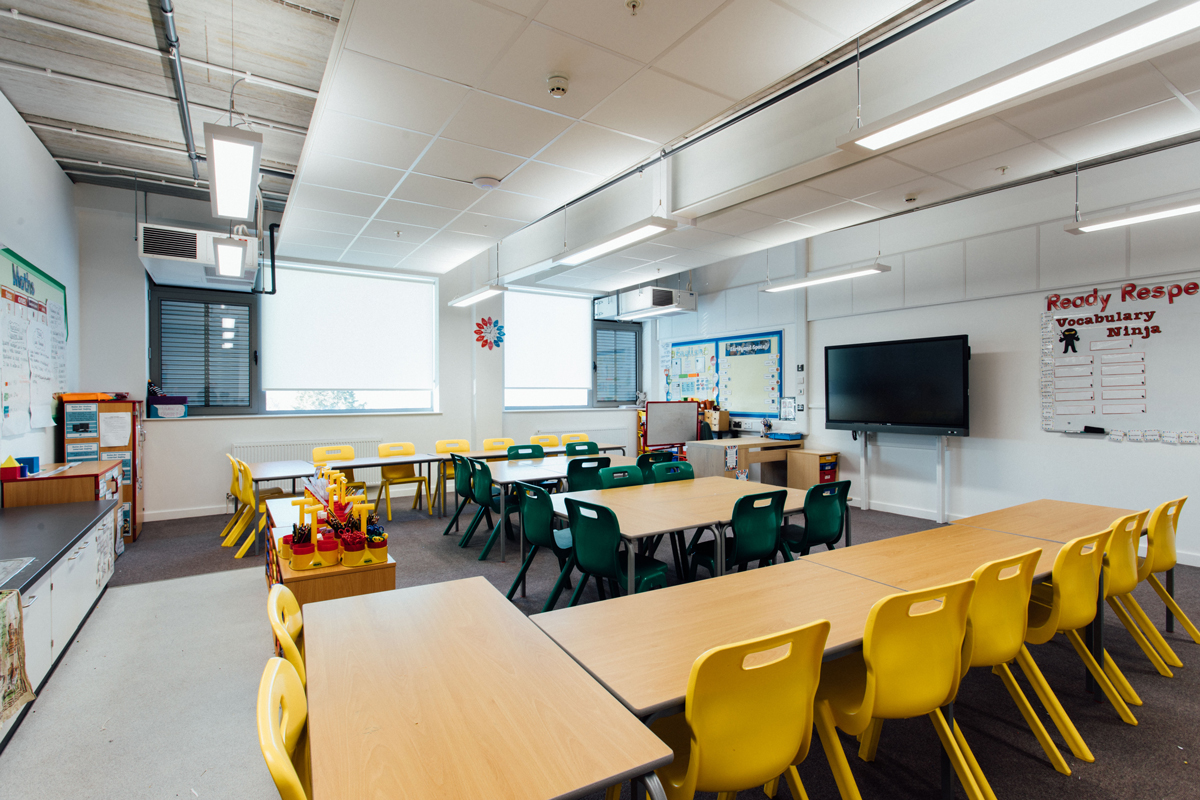 The new school includes a large hall, fitted with lighting bars and a sound system to create a performance space. Unlike the previous location, the building was compact rather than being scattered around. There is an external canopy adjacent to the building for more outdoor learning and sheltered play area for nursery and reception children. The school has been designed specifically for future expansion. 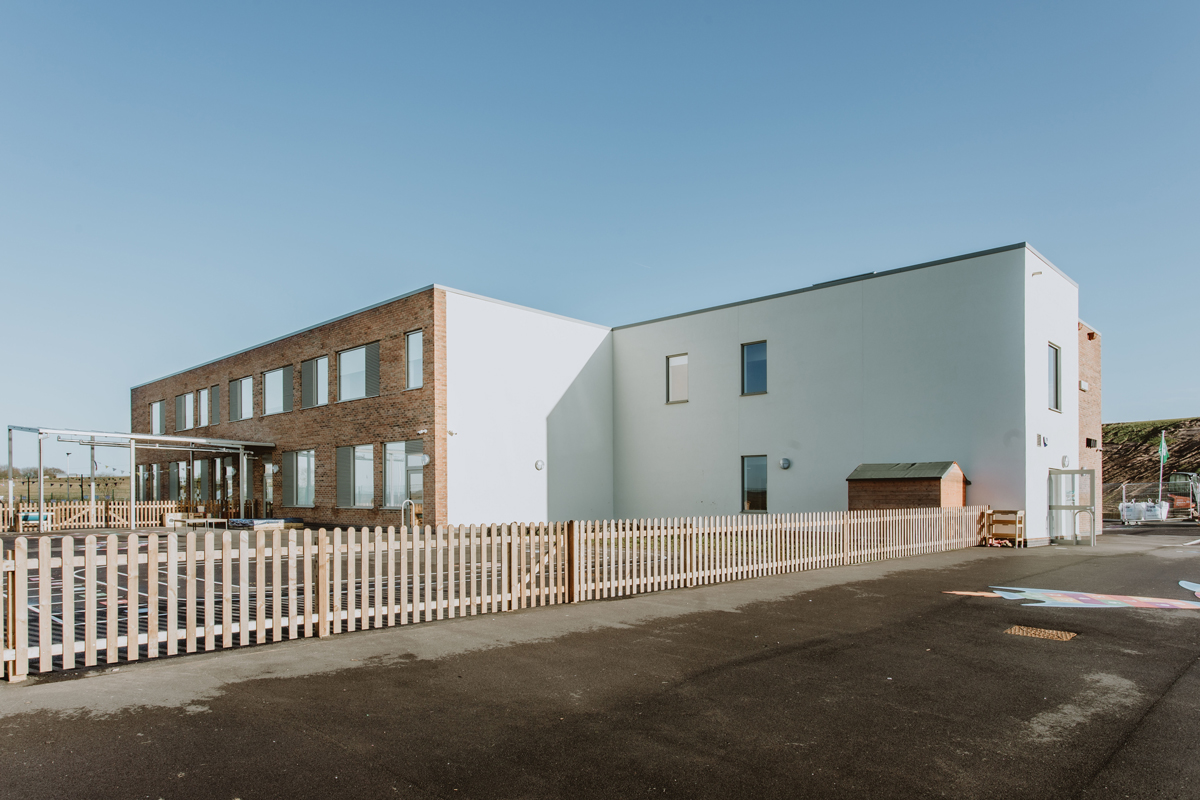 There has been an increase of 105 pupils with the potential for further expansion in future, enabling a further increase in school places for the local community.

Once the steel frame was up, the school visited the site again to sign their names on the steel. There were several other tours with both teachers and pupils, meaning that almost all of the students and staff were able to see the new school at some point during the building process.

Community liaison meetings were hosted early on to ensure that all local residents understood the scope of the works and how it would affect them, as well as who to contact if they needed to.

At the end of the project, the electricals in the site cabins, like fridges, microwaves and kettles, were donated to the charity Help the Homeless Leicester.

" A fully committed whole hearted commitment to the job, led by an exceptional site manager. "

Delivering a 600 place Secondary School with 12 form of entry core facilities, as well as a 110 place SEN School and Energy Centre for Cambridge Meridian Academies Trust (CMAT) on behalf of Cambridgeshire County Council.

With Covid-19 restrictions preventing in person site visits, our virtual transition model supports pupils and teachers to familiarise themselves with their new building and access useful information to support their transition and adjustment to the new school environment.

Construction of a new £30m building for Croesyceiliog Comprehensive School, providing 1,200 school places and ensuring social value was delivered throughout the project.

Spa School Camberwell is a co-educational special school for students aged 5 to 16 with autism. Construction works included the structural alteration, internal remodelling and fit out of a three storey Victorian building with a three storey new build extension. It has the capacity for 120 students and 80 staff.

We have been appointed by East Ayrshire Council to deliver the £8.5m new build Netherthird Primary School in Cumnock. The new school will accommodate 278 pupils in nine classrooms with four supported learning spaces and a new outdoor learning zone and play area.

Design and construction of an all through SEND school, funded by the Department for Education and managed by Orchard Hill College Academy Trust. The school specialises in autism and complex needs for up to 150 pupils aged 2–19 and offers a wide variety of special learning environments including sensory/calm spaces and emotional literacy support rooms.