Following the outbreak of COVID-19, the NHS required temporary hospital settings, known as NHS Nightingale Hospitals, to be set up across England. The purpose of these temporary hospitals was to provide increased capacity for the NHS, should it be required.

In the south west, the venue for the surge hospital was the conference centre at the University of the West of England (UWE Bristol). In just 20 days, the space needed to be completely transformed and handed over to the NHS. 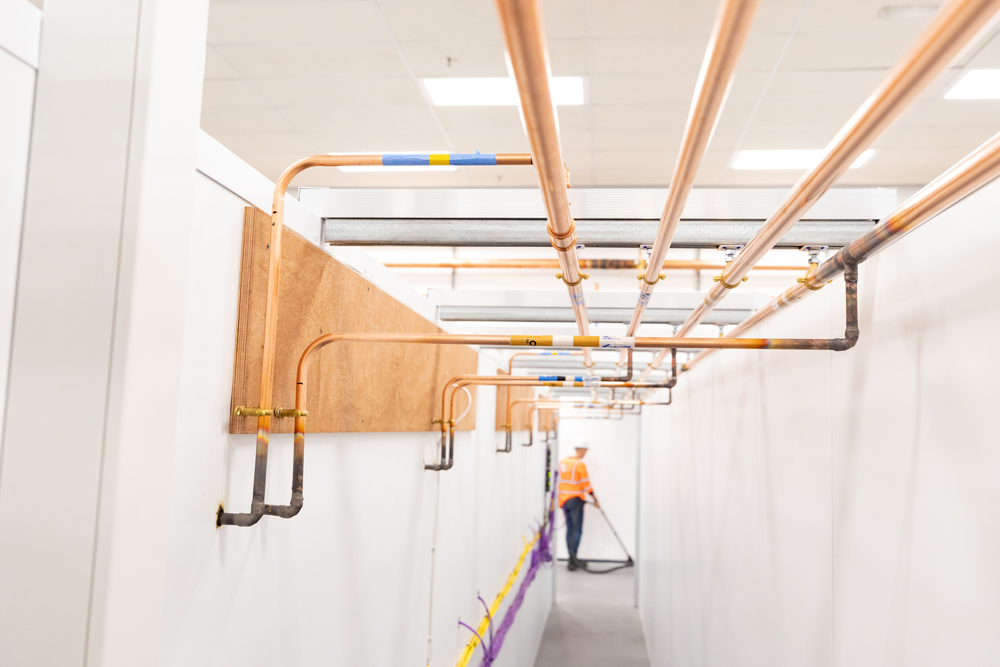 Procured through the P22 Framework, Kier was the sole contractor appointed for this NHS Nightingale hospital. Over a weekend, the project was mobilised with colleagues from across Western & Wales assisting.

Working collaboratively with NHS England and NHS Improvement, including its medical and estates team, the MOD, UWE Bristol, BDP, Faithful+Gould and others, Kier and its local supply chain helped to construct the temporary hospital that could support up to 300 patients. There were over 280 people on site at the height of construction, with many working 12 hour shifts in order to keep to programme.

Over 10,400m2 of flooring was laid– that’s the equivalent size of nearly 40 tennis courts, 25 miles of data cables were installed– which is over the length of the whole Jubilee London underground line and 5,656 double plug sockets were fitted. The teams set up 300 intensive care beds, which included oxygen facilities.

Throughout the duration of the project, works were carried out swiftly yet safely, in line with Public Health England’s guidance and in compliance with the Construction Leadership’s Site Operating Procedures.

In just 20 days, the project was complete and handed to the NHS and was officially opened via a video link by the Earl of Wessex and Rt Hon Matt Hancock MP, Secretary of State for Health & Social Care. 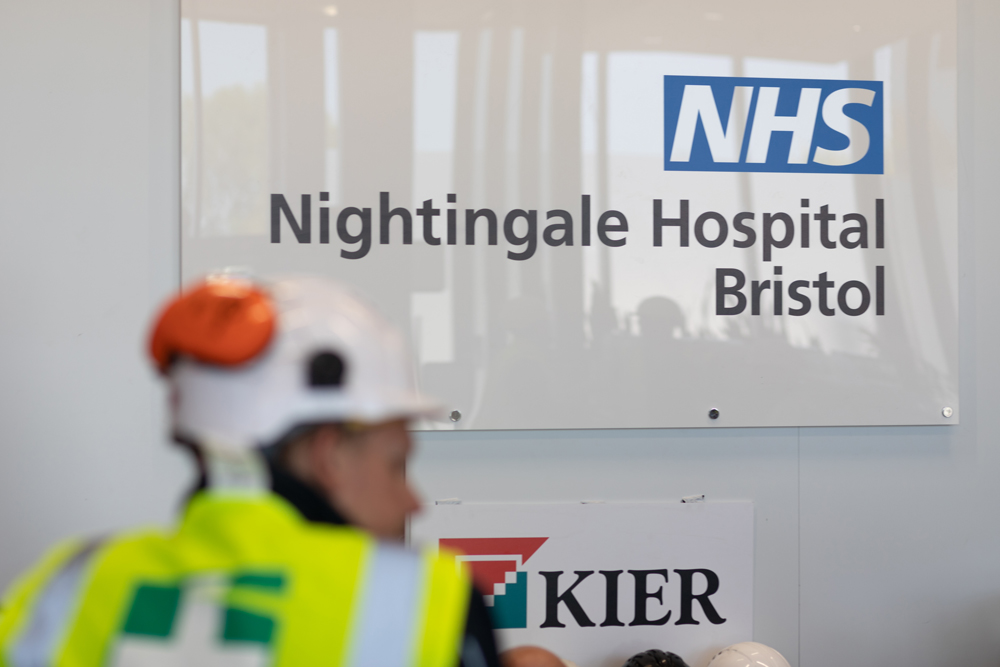 The pace at which this hospital setting was created meant it was ready as an ‘insurance policy’ to care for critically ill patients with COVID-19 in the south west.

" It is a phenomenal achievement to have designed, built and prepared a hospital for use in such a short timescale and this has been a real team effort. Together with doctors, nurses, paramedics, the military and many many others, the work of Kier’s construction engineers means that we are ready to care for patients with compassion, should the need arise. I am extremely proud to have worked with the whole team in the delivery of this project. "

Fit-out of a new, purpose-built development in Barnsley for use by NHS Blood and Transplant as a specialist research, storage, and logistics facility for the wider NHS, replacing facilities in Sheffield and Leeds to ensure efficiencies and improve services.

Our North Middlesex University Hospital (NMUH) project was a £53.6 million re-development comprising of 5 separate projects including units for Strokes, HIV, Women’s & Children’s Services, retained estates, infrastructure and external works. We treated each unit as an individual project with its own project team.

Kier have been working in partnership with West London Mental Health NHS Trust since 2003.

Construction and fit-out of a concrete-framed, two-storey PET-MRI facility at the Royal Hallamshire Hospital in Sheffield, a joint project for the University of Sheffield and Sheffield Teaching Hospitals NHS Foundation Trust.

University Hospitals Birmingham NHS Foundation Trust appointed Kier through the P22 Framework to deliver a brand-new centre to Heartlands Hospital. The exciting project will bring world-class facilities and house a wide range of health services, caring for circa half-a-million patients each year.

Atherleigh Park has set the standard for the design of adult inpatient mental health accommodation, providing a healthy, therapeutic environment for residents that promotes their physical and mental wellbeing.

The Mitford Unit Adult Autism Unit provides high-quality accommodation for adults with autistic spectrum disorders in a calming, therapeutic and safe environment that has incorporated design best practice from around the world.

Converting the Bay Studios in Swansea in to a temporary hospital, providing facilities and delivering infrastructure for 1000 patients.

Our Great Ormond Street Hospital (GOSH) iMRI project involved the construction of a three-storey building, adjacent to their existing theatres in the centre of their site, for a new iMRI suite and rehabilitation gym. The new MRI scanner was integrated into the new operating theatre to create a seamless brain imaging process during surgeries.